What My Husband Went Through For My First Birkin 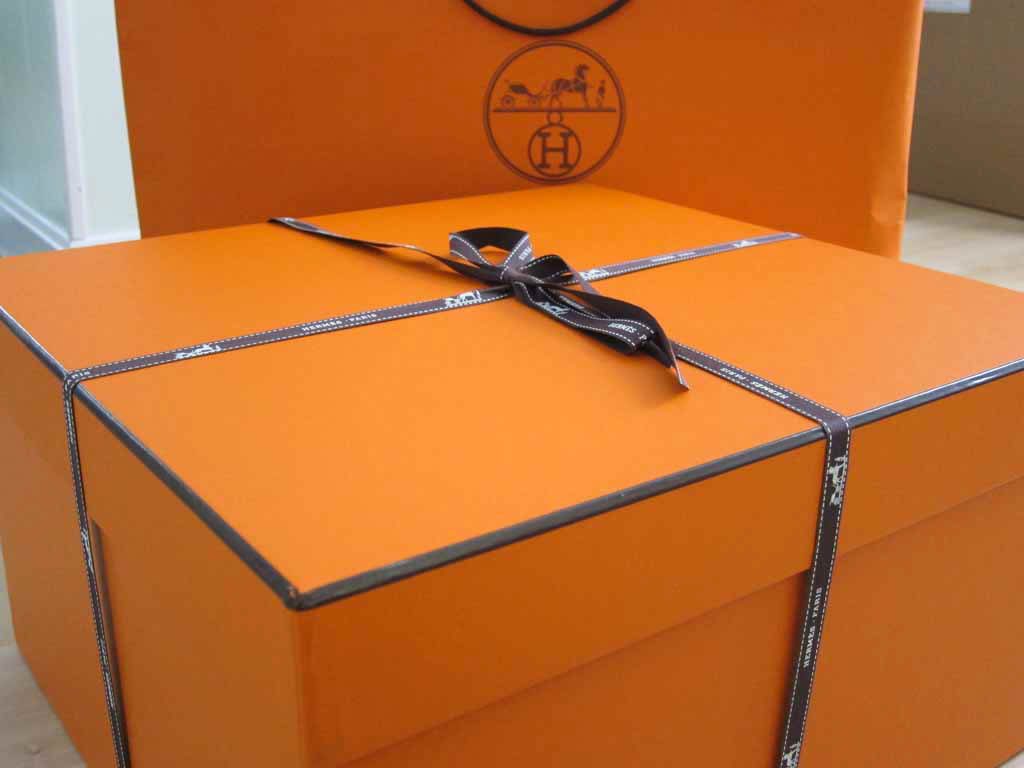 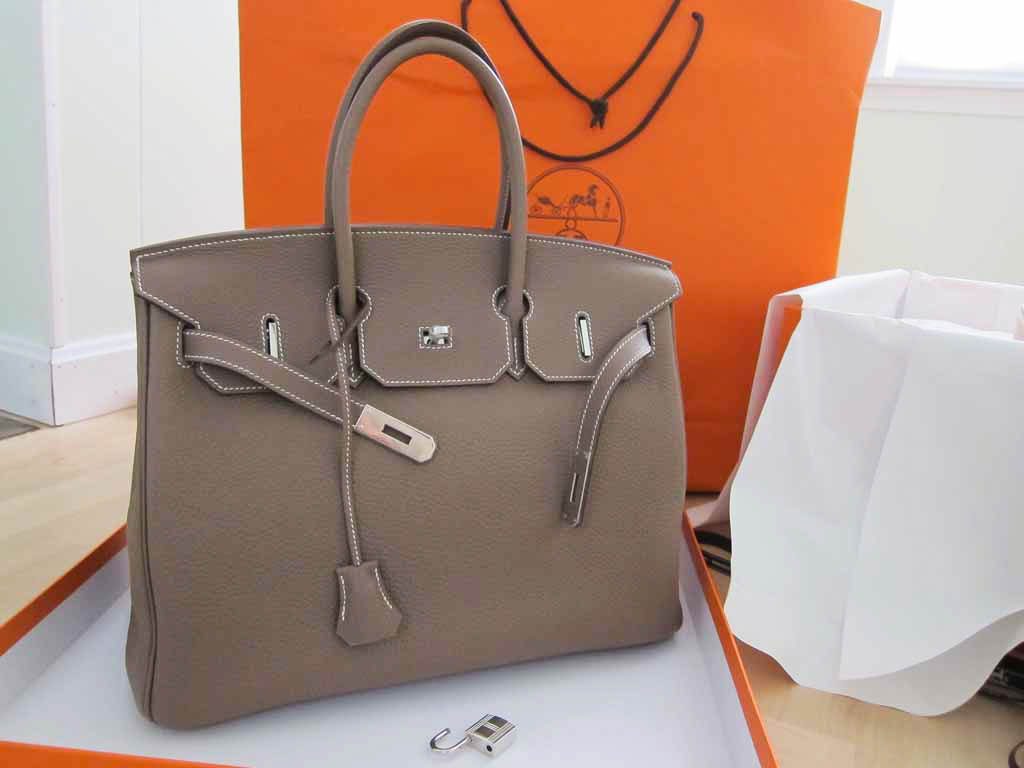 You guys probably know I am a huge Hermes fan. This love affair started when I was in college (read more about it here where I shared the reasons why Hermes is so exclusive and 4 tips on how to buy your first Birkin) but I never shared the story about how my husband got me my first Birkin. It is still my favorite bag (you’ll understand why after this blog post). Without him, I don’t know when I’d get my dream bag.

I received my first orange box in 2011. Prior to that, I had already been a longtime Hermes fan but never quite made the leap from Chanel to Hermes as I knew that getting a Birkin was next to impossible. For years, every time we visited our local Hermes boutique, we were told, “Sorry, no Birkin today”. My hubs knew how crazy I was for the bag and he was super supportive in my search for my “Holy Grail Bag”. So, in the Summer of 2011, he had to travel to San Diego for a business trip. Before he left, he promised he would visit the Hermes locations in San Diego and Beverly Hills to see if they might any.

More Similar Posts:
• 4 Tips on Buying Your Very First Birkin Bag
• Walk-in Closet Tour: What’s Inside
• 3 Types of Bags For Under $300 You’ll Need This Spring
• Travel Bags You Need in Your Closet

On the first day, my husband drove straight from the airport to the Hermes boutique in South Coast Plaza. As he entered the store, he spotted a Birkin sitting on the shelf. You can guess the excitement he must have felt! He called me immediately and said, “I found a Birkin! It’s sitting on the shelf, do you want it??” Oh my gosh, was I elated! My instant response was, “Yes! Of course!” then he proceeded with, “Ok, but it’s green, you still want it?” and my heart just kind of sank.

There I was, wanting to own the Birkin for years, seriously like any Birkin that I could get my hands on, and now that he found it, I was being picky! After much back and forth on the phone, I painfully told him that I’d pass on it as I wanted my first Birkin to be a classic color and my heart was set on the 35 Etoupe (photo above). Plus, I didn’t know if I was ever going to get another Birkin so I wanted to make sure that I’d be 100% happy with it.

The next day, after he finished working, he drove back to South Coast Plaza. He checked with the Sales Associate to see if they had any new shipments. He proceeded to explain how we had been on the waitlist for years at our local boutique as he tried to make small talk and build rapport with the SA. Unfortunately, he still left the boutique empty-handed.

This became a daily activity for him during the six days that he was there. Each day he would visit at least one Hermes store, befriended the Sales Associates, and repeated his story over and over again. He subsequently made 1 more trip to South Coast Plaza, 2 trips to the boutique in San Diego, and 3 trips to Beverly Hills. To add, each of these trips were at least 4 hours total driving time, and sometimes 5-6 hrs with traffic. Writing this is making me so emotional! Read on, you’ll understand why!

During his initial visit to the Beverly Hills store, he met this one Sales Associate and they connected. He explained to SA that he was traveling for work and was also on a mission to find a Birkin bag for his wife as her birthday was near and he really wanted to “surprise her” (he totally embellished the truth as my birthday was 8 months away! Can’t blame a guy for trying though!). The SA empathized with him but told him that they didn’t have any Birkins available. During the course of their conversation, he mentioned how we weren’t Hermes clients as we hadn’t bought anything from them yet. She then said the same thing that our local SA told us, “In order to increase your chances of getting the Birkin, you need to be an Hermes customer”.

Before he left the store, she advised him to “try back often”. She also said, “don’t make it so stressful that you’ll end up hating the bag”. This comment came after she realized how he had been driving back and forth every day looking for my bag. He thanked her and asked if he could call her to check the inventory before he made another visit. She politely said, “Sorry, it’s not something we could do over the phone.”

His second trip to Beverly Hills took him 4 hours to get there because of a broken GPS (we didn’t have Waze or Google maps back then) and the crazy LA traffic. By the time he got to the boutique, it was closing time.  He saw the same SA again and briefly inquired about their Birkin inventory for the day. Again, she said, “I’m sorry, we didn’t get any Birkins today.”

This made me so sad, not because she didn’t have the Birkin, but because I felt so bad for my dear man! 5 hours of driving, getting lost with a non-working GPS and enduring the horrendous traffic just to hear a “No”. After hearing the story, I asked him to stop looking because, at the point, I was pretty much done with the crazy search. However, he was never the one to give up.

So, the week went by but still no Birkin. On the last day, as he packed up to take the red-eye home, he decided to give it one last shot. His determination was so unreal, I could never have that kind of patience, even though the bag was for me! He stopped by the Beverly Hills boutique once more before making his way to the airport and…. guess what? He saw the same Sales Associate. I guess third time’s a charm! Maybe. Maybe not.

At this point, he had already befriended the SA from the previous visits.  He wandered around the store, desperate to find a Birkin sitting on the shelf like he did on that first day in South Coast Plaza, but no such luck. After the SA finished helping the other client, she walked over to him:

SA: “Hi, how are you?”
Hubs: “I’m good. Thank you. I wanted to see if you happen to have any Birkins today.”
SA: “I’m sorry, we don’t.”
Hubs: “Do you know when is the best time of day to visit the store?”
SA: “There’s really no good time…we put them out so randomly.”
Hubs: “I’m flying home today and just wanted to give it another try before I leave. I will be back here in two weeks and my wife will be with me. I will bring her here.”
SA: “Yes, please bring her.”
Hubs: “Thank you for your help. See you soon.”

So, that was it, all the effort the entire week amounted to zero Birkin bag…

Here comes the plot twist, you guys!! Soooo… as he was walking out of the store—he called me. I remembered hearing him say, “I’m sorry, babe. Can’t get you the bag…they don’t have it anywhere….” then in the background I heard him talking to someone and he sounded taken aback, all I heard was, “Oh okay…thank you.” He resumed our conversation and told me, “The Sales Associate just asked me to come back to the store, I’ll call you back.” GASP!!!! What? Wait! Huh? Why???

As it turned out, minutes after he left the store, the SA came running out of the boutique and chased after him for a good block. She caught up to him and tapped him on the shoulder. With a big smile on her face, she said, “Come back in. I don’t ever chase after people, especially for this.”

He followed her back into the store as she guided him to the back room, and behind the curtains was this big ORANGE BOX. She did not say anything else and proceeded to open it. This part had me dying! Sitting in that box was the 35 Togo Etoupe Birkin! MY EXACT DREAM BAG!

I waited for what seems like forever after he abruptly ended our call. Then my phone rang and the first thing he said was, “I got it. I got your bag.” Needless to say, I was jumping up and down screaming! How that all happened is still beyond me. Like all the stars were aligned and he was destined to make that last visit!

We still don’t know what happened between the time he left the boutique to when the SA came running after him. It was just moments earlier that she had told him that they didn’t have anything available. My guess was that she was touched by his persistence and asked the Store Manager if they could make an exception. Or, maybe, the Store Manager recognized my husband after he showed up three days in a row and felt bad that he left empty-handed. Two things we know for sure. One, they were moved by him. Two, they had the Birkins in stock even though they said they didn’t.

After he paid for the bag, the SA gave him a big hug and said, “I really hope your wife loves her new bag! It is truly a special one for what you went through.” (excuse me, I’m tearing up!)

Mission accomplished. He left the store with the big orange box. He carried it with him through the airport and at the security checkpoint, one of the TSA girls jokingly said, “Is that a Birkin in there? Can I have it?” Not sure if he found that funny, but he hung on to that box with his dear life! I recalled him telling me, “I didn’t sleep the entire flight because I was worried someone was going to snatch it!”

And, that was how I got my first Birkin. I ended up acquiring more Birkins after that but none of them are as special as this first one. It is forever my favorite bag because of how much love and effort that went into getting it. To say that I am a lucky girl is an understatement.

I did end up meeting that Sales Associate two weeks later and we were both genuinely happy to meet each other as the story behind it was just so special.

There you have it! My little Birkin story. I hope you enjoyed it! Feel free to share your thoughts and comments below! Xx

P.s there are sites like Fashionphile, The RealReal, and Vestiaire Collective where you could easily get a pre-owned, preloved Birkin if you want to skip the process of getting one in the boutiques!

More Similar Posts:
• 4 Tips on Buying Your Very First Birkin Bag
• Walk-in Closet Tour: What’s Inside
• 3 Types of Bags For Under $300 You’ll Need This Spring
• Travel Bags You Need in Your Closet

The Must-Have Summer Essentials For That Healthy Glow

The 6 Designer Shoes That Are Totally Splurge-Worthy

You Didn’t Know You Needed This Hermes Accessory-...

The 70’s Style You Should Try This Season

Valentine’s Day Dresses That Will Knock His Socks...

ALL ABOUT THE CROPPED JEANS TREND

Fine Jewelry: An Investment Worth Making

The 6 Designer Shoes That Are Totally Splurge-Worthy

What My Husband Went Through For My First...

STAY IN THE LOOP